Home / Lifestyle / In Iceland it is now illegal to pay men more than women for the same work.

In terms of good intentions in the new year, Iceland is gaining distance. From 1 January 2018 a new law will apply in the country, a law that makes women happy. Something we have been struggling for a long time. And what is finally getting started. Their law states that it is punishable to pay men more than women for the same work.

On a roll.
Now you might think ‘Why Iceland?’, But that makes more sense than you think. The country has been number one in the World’s most gender-equal country list for nine years in a row. A list that keeps track of what countries are doing to achieve equal rights between men and women.

Iceland has been doing well for years. For example, 50 percent of the politicians in the country are women and the new prime minister of the country is a woman. Something that may sound perfectly logical, but by no means is the case, the hard figures show.

Outdated and old-fashioned.
If we zoom in on the pay gap between men and women, there is still a lot to be gained in the Netherlands. Women still do not earn the same as men, not even nearly. The wage gap is 16.1 percent from Statistics Netherlands’ research.

Or take the share of women in management positions: recent research by the European statistics bureau Eurostat shows that of the 361,826 managers in the Netherlands there are 101,149 women. That is less than 28 percent of the total. Not only is the gender difference in function to be seen, but also in payroll: women with a managerial position earn on average 21.4 percent less than men. That’s are the statistics of first world country. Imagine how much worst it can be.

Mark Rutte, SOS
In other words: there is still a lot to be gained. Let the adopted we in Iceland be a good example to the rest of the world to equalize the rights between man and woman. We deserve that. Mark Rutte (Prime Minister Netherland), when will the Netherlands follow? 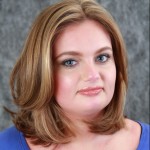 Why you should try boxing.

What happend to my skin, Going foundation free.

Get to know me tag